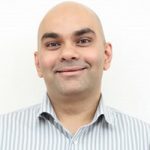 Rajnesh Singh is Regional Director of the Asia-Pacific Regional Bureau at the Internet Society where he oversees projects, initiatives and activities across the Internet Society’s functional and programmatic areas in the Asia and Pacific region, including Public Policy, Capacity Building. 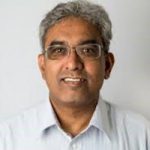 Basheerhamad Shadrach is Asia Coordinator of Alliance for Affordable Internet. Shadrach works to build coalitions of private, public and civil society organisations to advance the shared aim of affordable access to both mobile and fixed-line Internet in Asia. 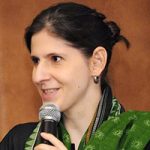 Dr. Anja Kovacs directs the Internet Democracy Project in Delhi, India, which works for an Internet that supports free speech, democracy and social justice in India and beyond. Anja’s research and advocacy focuses especially on questions regarding freedom of expression, cybersecurity. 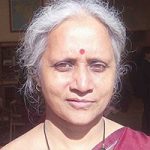 Dr. Usha Ramanathan is an internationally recognized expert on law and poverty. She is research fellow at the Centre for the Study of Developing Societies, teaches environmental law, labour law and consumer law at the Indian Law Institute and is a regular guest professor many universities around the world. 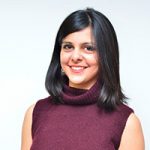 Chinmayi is a technologist and the founder of The Bachchao Project, that works on creating sustainable and responsible frameworks to integrate technology solutions for non-profits in the Gender Rights Domain. She is the global head for Random Hacks of Kindness. 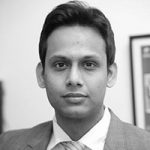 Apar studied at Amity Law School, Delhi, and Columbia Law School, New York. He has worked at Karanjawala & Co. and was a partner at Advani and Co. from 2012 to 2015. Apar set up a private practice in March 2015. 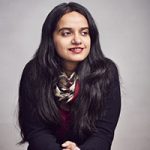 Japleen smashes the patriarchy for a living. Founder-Director of Feminism in India, she is a feminist activist and entrepreneur based in New Delhi, India. She is a writer, educator, campaigner and researcher. She has vast experience in digital media and online publishing. 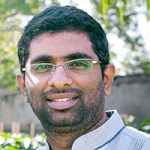 Rakesh Dubbudu is a well-known transparency & Open Data Campaigner in India and also the founder of ‘FACTLY’, one of the well-known ‘Public Information/Data Journalism’ portals. He has been working on Right to Information (RTI) related issues for the last 13 years. 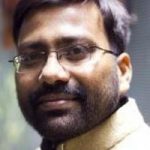 Shubhranshu Choudhary is a journalist and co-founder of CGnet Swara, world’s first Community Radio on mobile phone ( www.cgnetswara.org). He left his work as BBC South Asia Producer in 2004 to work on Democratization of Media in forests of Central tribal India where he grew up. 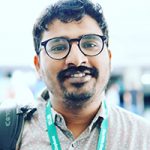 Srinivas Kodali is a interdisciplinary researcher working on cities, data and internet. He has been working with communities in India promoting opendata, civictech, cybersecurity, privacy and standards across sectors. 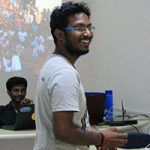 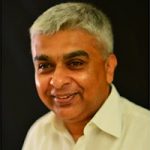 George is post graduate in Operations Research and graduate in Mathematics from St. Stephen’s College, Delhi University. George started his career in advertising in 1981 and was involved with two leading advertising agencies till 1989. After which he began working with the blind. 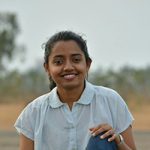 Ruchika is currently a computer science undergraduate, also an active FOSS volunteer at Free Software Movement Karnataka. She is one of the core contributors to Project Vidayalaya. She believes FOSS fosters education and learning. 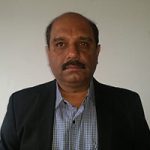 Dr Homiyar Mobedji, a person with sight loss is currently Benetech’s head for Asia and Africa.Benetech is a USA based not for profit organization, which runs its flagship programme Bookshare. Bookshare is the world’s largest online library for persons with print disability. 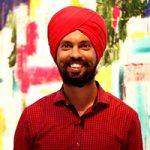 Sukhdeep Singh is the founder and editor-in-chief of Gaylaxy Magazine, which he founded in 2010 to provide a platform to the LGBTQ community to express themselves and highlight their stories and issues. 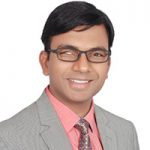 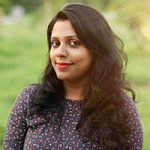 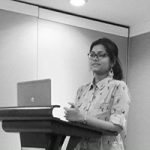 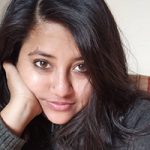 Saikat Dutta- Saikat has been a journalist for over 19 years as an editor and an investigative reporter with several news organisations. He has been a defence correspondent with The Indian Express, an assistant editor with the Outlook magazine, Resident Editor with DNA, member of the Editorial Board with Zee News and Editor (National Security) with Hindustan Times.

Brindaalakshmi K- Brindaalakshmi is a gender and sexuality activist, peer supporter and a communication professional. She has been a communication professional involved with different media for nearly 8 years now. In the past, she has been a journalist working on technology as well as gender & sexuality issues. More recently, she is worked as Campaign Manager.

Sanjukta Basu- Sanjukta is a writer, photographer and  political analyst. One of the early user of internet and blogging, she received the TED Fellowship for her blogs. Currently she writes on gender, politics and marginalization with bylines in Firstpost, Daily O, Huffington Post, Outlook, The Wire, among others. She is part of  Karwan E  Mohabbat, a civil society.

Ankit Lal- Ankit Lal is a Social Media Strategist for Aam Aadmi Party. Also, trainer, consultant, campaign evangelist, researcher and an author of the book, India Social. He headed the social media strategy for AAP for three consecutive elections from 2013 to 2015. His work has been talked about in detail in books like Swati Chaturvedi’s ‘I am a Troll’.

Dyuti Sudipta- Dyuti Sudipta is gender rights researcher and activist. She works on feminist internet, gender, media, culture, space. Dyuti studied in Sociology from Miranda House and did her MA in Women’s Studies from TISS Mumbai.

Ajaj Lone- Ajaz Lone has over ten years of experience of working as a development practitioner, with Monitoring and Evaluation (M&E) as his core skill. His previous experiences include, working with organizations for youth & civil society engagement, entrepreneurship, agri-business development, climate change and risk mitigation, human rights.

Ramaseshan- Ramaseshan, one of the creators of Project Vidyalaya, is a technology activist working with free software movements in TamilNadu and Karnataka. With a strong belief in decentralised FLOSS his primary focus is at the convergence of education, technology, knowledge and gender.

Paramjeet Singh- Paramjeet Singh is a professional researcher and consultant. His full time association with VOICE, first as a Research Manager and then as a Director-Research goes back to 2005, when he undertook the first quality of service studies. Since then he had completed major research based studies for Govt. and other Institutions on Quality of Service.

Pranav Lal- Pranav Lal is a technology evangelist.  He was the first one to introduce Windows screen readers to India and was one of the first blind people to get an Internet connection.  He is a cyber security professional and uses a variety of devices and tools.  He has pioneered the use of sensory substitution devices in the context of artificial vision.

Pawan Dhall- Pawan Dhall has been part of queer activism in India since the early 1990s, and now undertake social research and advocacy on how stigma, discrimination, intimate partner/family violence and economic exclusion impact HIV and mental health vulnerability among queer populations. He has also been researching the scope of digital or online sexual health interventions.

Shaman Gupta- Shaman is a transrights activist. When Shaman started his medical transition in 2016, he tried to get in touch with other transmen who had transitioned in India. He was suprised to see the dearth of the information available on – queer friendly doctors, lawyers and any other safe spaces.

Amitabh Kumar- Amitabh Kumar studied microsystem technics at Freiburg Germany. After completing his studies in Europe he returned to India and joined the gender movement. He is a true believer of using technology for sustainable social change and has been working as a gender trainer for the past 10 years.

Bhanupriya Rao- Bhanupriya Rao is a researcher and policy professional working at the intersection of open data, governance and human rights. She is the co-creator of the web based project ‘Gender and Politics’ that tracks data on representation of women in governance. She has previously worked with the World Wide Web Foundation on the state of open data across the world.

Smita Vanniyar- Smita Vanniyar works on gender, sexuality, technology, digital rights, storytelling, and digital security, with Point of View, a feminist non profit based in Bombay. Smita is interested in right to anonymity, privacy, filmmaking, fandoms and pop culture, queer media and literature, and histories, and can be found roaming the cyberspace.

Hemant Upadhyay- Hemant Updhyay is Engineering Graduate from IIT with a Masters in Management. He has about 30+years of Industry experience in various industries including Man Made Fiber; FMCG; Utilities; IT and E-commerce. Currently Advisor (Projects, IT & Telecom) with VOICE – NGO involved with consumer empowerment.

Surabhi Srivastava- A proud intersectional feminist and reproductive justice activist, Surabhi currently works as Program Manager at Love Matters India. She is passionate about advancing a rights- and pleasure-based discourse on abortion to end the shame and stigma around abortion and reproductive justice issues. She believes this cannot happen without talking openly about sex, pleasure.

Tanvi Prakash- Tanvi is a young SRHR professional and is currently working with Love Matters India as Social Media Officer and Project Associate. She is passionate about advancing SRHR rights for the young people and works on gender and sexuality issues.

Gaurav Raturi- Gaurav Raturi, co-founder at Filmbooth has worked in the space of Branding, Digital Marketing and Events for more than 9+ years in conventional & un-conventional mediums. An MBA in International Business, he has worked with Big MNC’s to young startup – Ranging from Technology giants-E commerce companies to Publishing House.

Ishmeet Nagpal- Ishmeet Nagpal is a dentist turned social activist working for Save the Children India. She is founder of the platform All Aboard and created the groups Non Male Poets of Mumbai and Delhi to encourage inclusivity and safe spaces for female, trans and non binary performers.